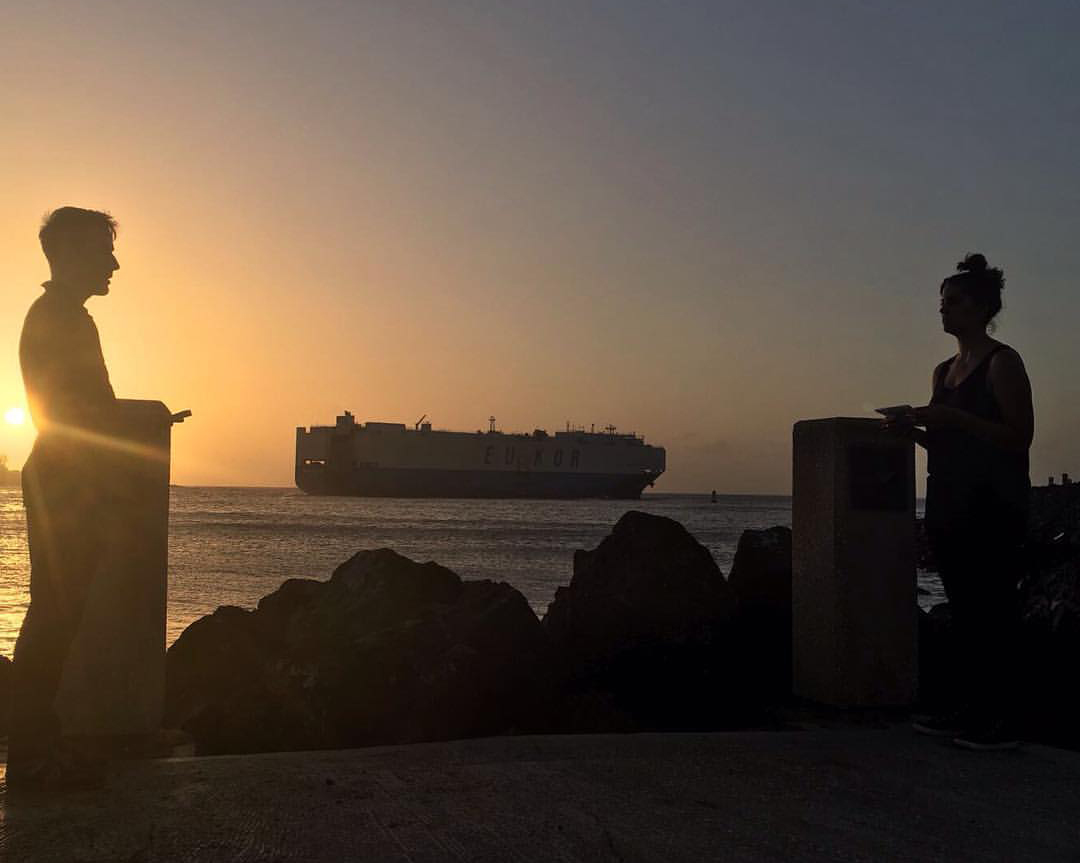 In proximity of the harbor of San Juan, Puerto Rico, David Bergé and Nibia Pastrana Santiago recited the names of the cargo ships travelling through the sea passage, such as Tropic Express, Atlantic Conveyor, Endurance, and Ocean Eagle. The sun is about to set and ships slowly recede from view. The performance makes visible lines that straddle between nature and modernity, tradition and progress, the rural and the urban. These lines, however, are quickly wiped out again as the ships pass from sight.

Celebrity Express y otros barcos, 2017
performance by David Bergé and nibia pastrana santiago 17 min
the performance version of this work took place throughout Bergé’s residency at Beta Local in May 2017.
with the support of Beta Local

Next ProjectROUTES INTO SILENCE – spatial instructions to contaminate the walking body