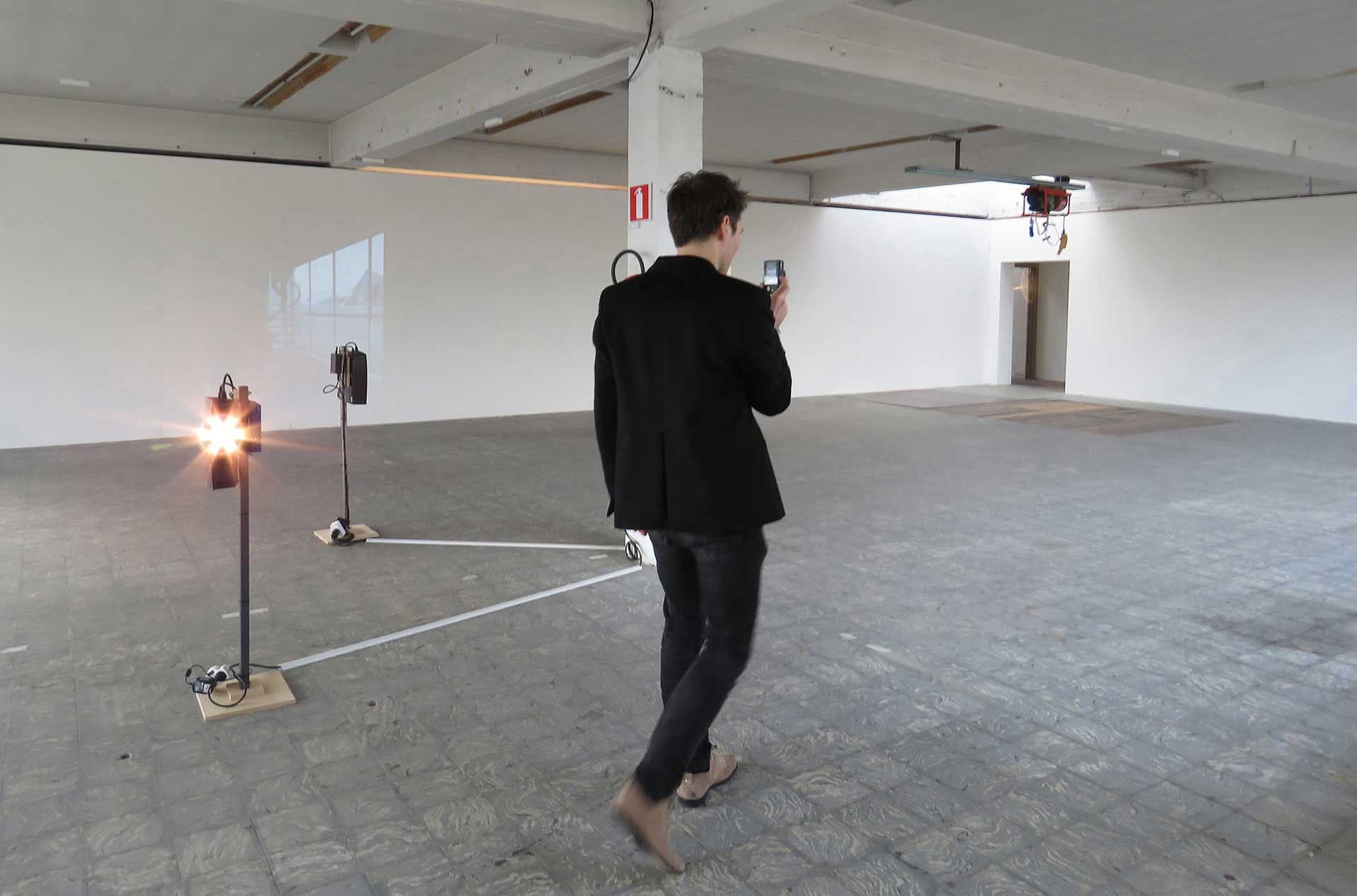 In 1938, Walter Gropius, founder of the Bauhaus, invited exiled European architects, designers and students to join him for a summer in Cape Cod, Massachusetts (USA). Out of this summer gathering grew a movement of the prime protagonists of modern architecture, like Marcel Breuer, Serge Chermayeff and Paul Weidlinger, who built houses for themselves and their friends, creating a space of utopic thinking and modern designs that evolved into postwar communal experimentation. An important part of this heritage has today been restored by the Cape Cod Modern House Trust. For several weeks in October 2014, David Bergé was artist-in-residence on the invitation of the Trust and lived in a restored house.

David Bergé reunited Tom Weidlinger, Paul Chermayeff and Tomas Breuer, the sons of 3 prominent Bauhaus figures for a 2-hour critical re-enactment of a cocktail party, of which many took place on Cape Cod in the 1940-ies. The protagonists of the re-enactment had not met since their childhood and during the entire duration of the event, David Bergé walked a loop through the house (containing two staircases) holding a camera closely. 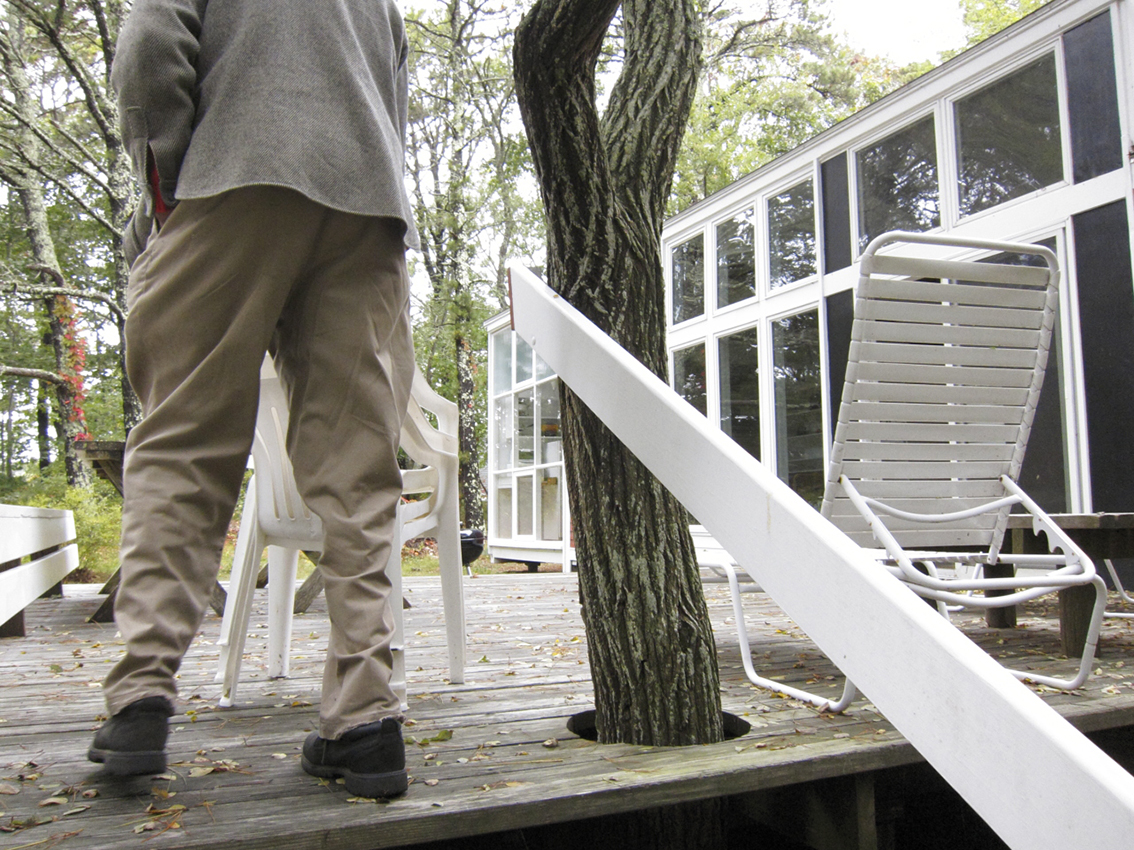 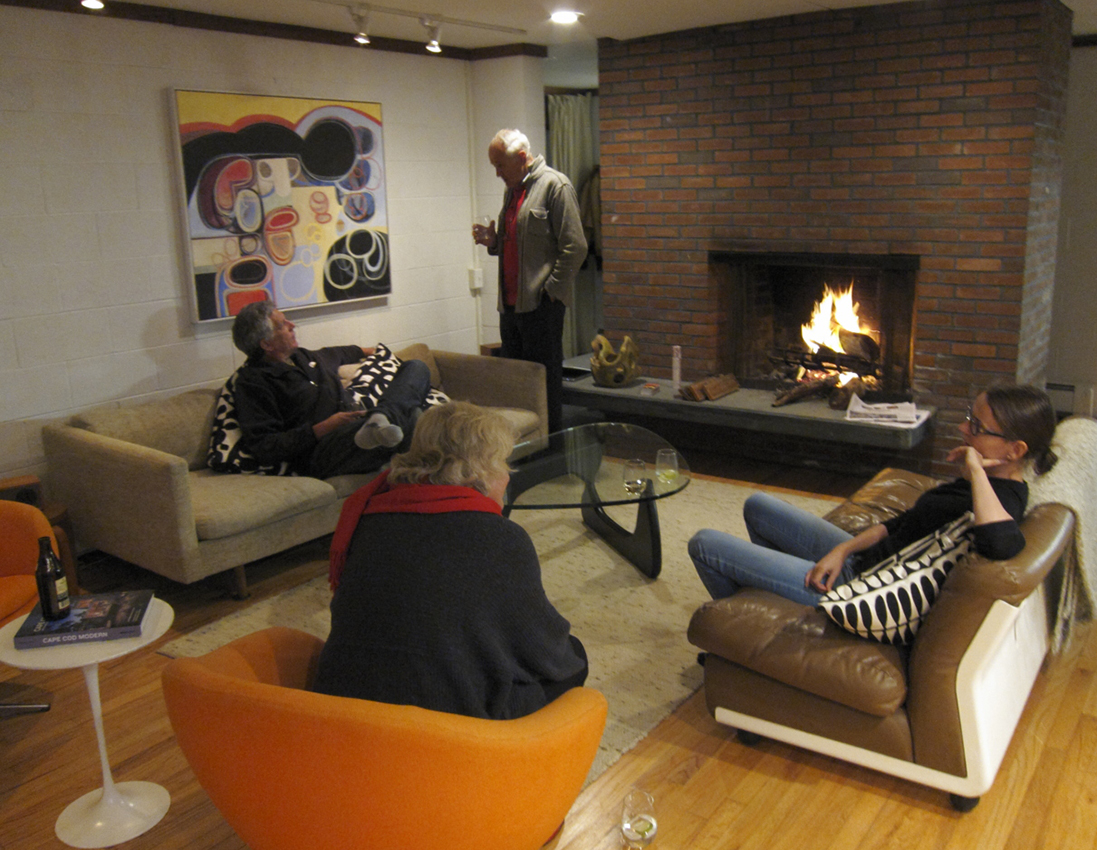 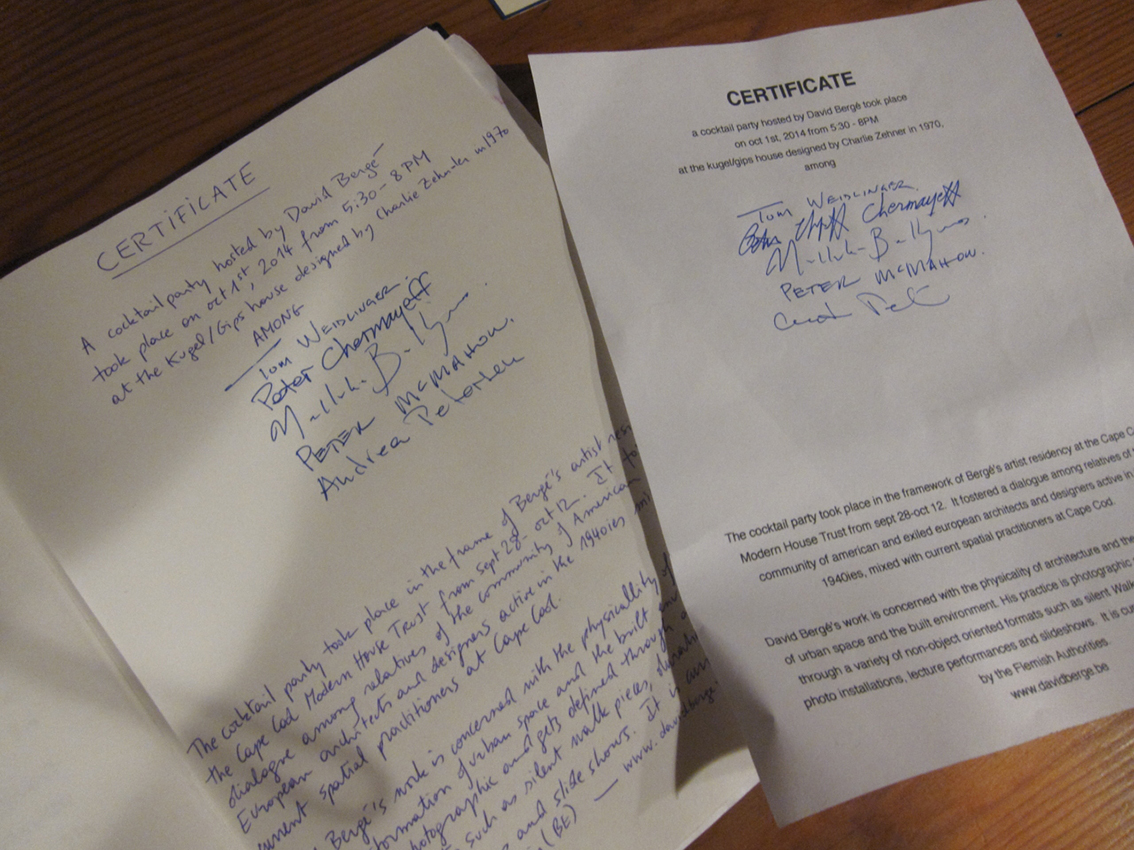